This author has not yet filled in any details.
So far admin has created 4 blog entries. 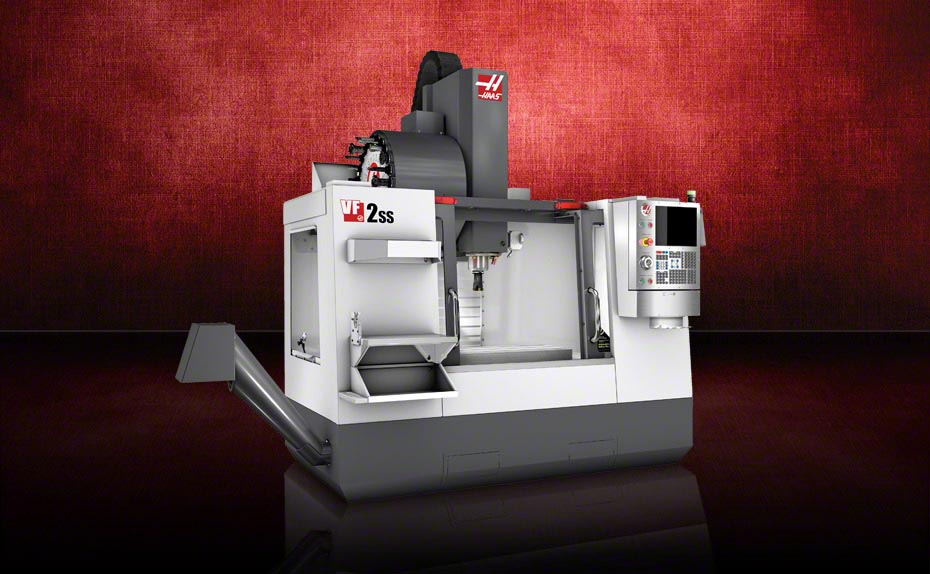 A Machinist is a person who uses machine tools to make or modify parts, primarily metal parts, a process known as machining.

Tool and die maker (toolmaker) are a class of machinist in the manufacturing industries who make jigs, fixtures, dies, molds, machine tools, cutting tools, gauges, and other tools used in manufacturing processes. Traditionally, working from engineering drawings, tool makers marked out the design on the raw material (usually metal or wood), then cut it to size and shape using manually controlled machine tools (such as lathes, milling machines, grinding machines, jig borers, and jig grinders) and hand tools (such as files). Many tool makers now use computer-aided design, computer-aided manufacturing and CNC machine tools to perform these tasks.

CNC systems, end-to-end component design is highly automated using computer-aided design (CAD) and computer-aided manufacturing (CAM) programs. The programs produce a computer file that is interpreted to extract the commands needed to operate a particular machine via a post processor, and then loaded into the CNC machines for production.

Computer-aided manufacturing (CAM) is the use of computer software to control machine tools and related machinery in the manufacturing of workpieces. CAM may also refer to the use of a computer to assist in all operations of a manufacturing plant, including planning, management, transportation and storage.Its primary purpose is to create a faster production process and components and tooling with more precise dimensions and material consistency, which in some cases, uses only the required amount of raw material.

Computer-aided design (CAD) is the use of computer systems to assist in the creation, modification, analysis, or optimization of a design.CAD software is used to increase the productivity of the designer, improve the quality of design, improve communications through documentation, and to create a database for manufacturing. CAD output is often in the form of electronic files for print, machining, or other manufacturing operations.

G-code  is the common name for the most widely used numerical control (NC) programming language, which has G-codes are also called preparatory codes, and are any word in a CNC program that begins with the letter G. Generally it is a code telling the machine tool what type of action to perform, such as:

many implementations. Used mainly in automation, it is part of computer-aided engineering.

Direct numerical control (DNC), also known as distributed numerical control (also DNC), is a common manufacturing term for networking CNC machine tools. On some CNC machine controllers, the available memory is too small to contain the machining program (for example machining complex surfaces), so in this case the program is stored in a separate computer and sent directly to the machine, one block at a time.

Job-shop Machinist can be any combination of toolmaker and production machinist. Some work only as machine operators, whereas others switch fluidly between toolroom tasks and production tasks.

Milling (machining):  is the machining process of using rotary cutters to remove material from a workpiece advancing (or feeding) in a direction at an angle with the axis of the tool typically ( endmill ). It is one of the most commonly used processes in industry and machine shops today for machining parts to precise sizes and shapes.

CNC Machining Centers: most CNC milling machines are computer controlled vertical mills with the ability to move the spindle vertically along the Z-axis. CNC machines can exist in virtually any of the forms of manual machinery, like horizontal mills. The most advanced CNC milling-machines, the multiaxis machines, add two more axes in addition to the three normal axes (XYZ).

Turning (machining) is a machining process in which a cutting tool, typically a non-rotary tool bit, describes a helical toolpath by moving more or less linearly while the workpiece rotates. The part is rotated while a single point cutting tool is moved parallel to the axis of rotation. Turning can be done manually, in a traditional form of lathe, which frequently requires continuous supervision by the operator, or by using an automated CNC lathe.

Grooving is like parting, except that grooves are cut to a specific depth instead of severing a completed/part-complete component from the stock. Grooving can be performed on internal and external surfaces, as well as on the face of the part.

Boring is enlarging or smoothing an existing hole created by drilling,  the machining of internal cylindrical forms by mounting workpiece to the spindle and placing cutting tool into the chuck.

Knurling is the cutting of a serrated pattern onto the surface of a part to use as a hand grip using a special purpose knurling too (diamond knurling, straight or diagonal)

Reaming is the sizing operation that removes a small amount of metal from a hole already drilled. It is done for making internal holes of very accurate diameters.

Threading: both standard and non-standard screw threads can be turned on a lathe using an appropriate cutting tool. Either externally, or within a bore. Generally referred to as single-point threading.  All types of external and internal thread forms using a single point tool.

Broaching is a machining process that uses a toothed tool, called a broach, to remove material. There are two main types of broaching: linear and rotary. In linear broaching, which is the more common process, the broach is run linearly against a surface of the workpiece to effect the cut.

Cemented carbide, also called widia, is a hard material used in machining tough materials such as carbon steel or stainless steel, as well as in situations where other tools would wear away, such as high-quantity production runs. Most of the time, carbide will leave a better finish on the part, and allow faster machining. Carbide tools can also withstand higher temperatures than standard high speed steel tools.

A prototype is an early sample, model or release of a product built to test a concept or process or to act as a thing to be replicated or learned from. It is a term used in a variety of contexts, including semantics, design, electronics, and software programming. A prototype is designed to test and trial a new design to enhance precision by system analysts and users. Prototyping serves to provide specifications for a real, working system rather than a theoretical one.

Welding is a fabrication or sculptural process that joins materials, usually metals orthermoplastics, by causing coalescence. This is often done by melting the workpieces and adding a filler material to form a pool of molten material (the weld pool) that cools to become a strong joint, with pressure sometimes used in conjunction with heat, or by itself, to produce the weld. This is in contrast with soldering and brazing, which involve melting a lower-melting-point material between the workpieces to form a bond between them, without melting the workpieces.

Tungsten Inert Gas (TIG) welding, is an arc welding process that uses a non-consumable tungsten electrode to produce the weld. The weld area is protected from atmospheric contamination by an inert shieldin gas(argon or helium), and a filler metal is normally used.

Machine Shop – workshop where metal is cut and shaped etc., by machine tools workshop, shop – workplace where handcrafts or manufacturing are done in which machine tools are operate.

Machining is any process in which a cutting tool is used to remove small chips of material from the workpiece (the workpiece is often called the “work”). To perform the operation, relative motion is required between the tool and the work. This relative motion is achieved in most machining operation by means of a primary motion, called “cutting speed” and a secondary motion called “feed”. The shape of the tool and its penetration into the work surface, combined with these motions, produce the desired shape of the resulting work surface.

Feeds and Speeds refers to two separate velocities in machine tool practice, cutting speed and feed rate. They are often considered as a pair because of their combined effect on the cutting process.

Cutting speed (also called surface speed or simply speed) is the speed difference (relative velocity) between the cutting tool and the surface of the workpiece it is operating on.

Feed rate (also often styled as a solid compound, feedrate, or called simply feed) is the relative velocity at which the cutter is advanced along the workpiece; its vector is perpendicular to the vector of cutting speed.

Spindle is a rotating axis of the machine, which often has a shaft at its heart. The shaft itself is called a spindle, but also, in shop-floor practice, the word often is used metonymically to refer to the entire rotary unit, including not only the shaft itself, but its bearings and anything attached to it (chuck, etc.).

Stainless steel does not readily corrode, rust or stain with water as ordinary steel does, but despite the name it is not fully stain-proof, most notably under low oxygen, high salinity, or poor circulation environments. There are different grades and surface finishes of stainless steel to suit the environment the alloy must endure. Stainless steel is used where both the properties of steel and resistance to corrosion are required.

Aluminium is remarkable for the metal’s low density and for its ability to resist corrosion due to the phenomenon of passivation. Structural components made from aluminium and its alloys are vital to the aerospace industry and are important in other areas of transportation and structural materials. The most useful compounds of aluminium, at least on a weight basis, are the oxides and sulfates.

Steel is an alloy of iron and a small amount of carbon. Carbon is the primary alloying element, and its content in the steel is between 0.002% and 2.1% by weight. Additional elements may also present in steel: manganese, phosphorus, sulfur,silicon, and traces of oxygen, nitrogen and aluminium.

Alloy steel is steel to which additional alloying elements have been intentionally added to modify the characteristics of steel. Common alloying elements include: manganese, nickel, chromium, molybdenum, boron, titanium, vanadium and niobium.

Brass is an alloy made of copper and zinc; the proportions of zinc and copper can be varied to create a range of brasses with varying properties. Brass is a substitutional alloy. It is used for decoration for its bright gold-like appearance; for applications where low friction is required such as locks, gears, bearings,  doorknobs,  ammunition casings and valves; for plumbing and electrical applications; and extensively in musical instruments such as horns and bells for its acoustic properties..

Bronze is an alloy consisting primarily of copper, usually with tin as the main additive. It is hard and tough, and it was so significant in antiquity that the Bronze Age was named after the metal.

Our climate controlled inspection  room houses state-of-the-art final inspection equipment that is kept in calibration to traceable standards of the National Institute of Standards.

From job acceptance to delivery of the finished product, quality is of the upmost importance  at Vistar Machine Shop.

We use full set of checking and  measuring tools: